Located in one of Paarl's safest estates. This beautiful one-bedroom apartment features an open-plan living and kitchen area. It is situated on the first floor.

How many bedrooms do you need?
Loading...
20 hours ago

Light and airy three bedroom apartment to rent in PaardevleiThis apartment has a lovely open plan lounge and dining area. Kitchen has granite tops and

This TWO Bedroom, TWO bathroom apartment is designed to ensure maximum optimized space and the large aluminium windows, as well as the open plan Lounge

...swimming pool area.Superb location walking distance to Strand Beach, Paardevlei, The Sanctuary and Somerset Mall. Quick access to R44 and N2. The estate is under development and...

...three of the top wine farms in the area, Vergelegen Estate, Lourensford Estate and Morgenster. 15 Minutes from the beach. 30 Minutes from Cape Town International Airport...

Security Estate Living with Amazing View of Vineyards & the Seafront

Security Estate Living with Amazing View of Vineyards & the Seafront

How many bathrooms do you need?
Loading...
1+ month ago

This modern 2 bedroom apartment that is on the 1st floor, is situated at the all new The Huntsman. This unit hosts 2 bedrooms, 2

...in the magnificent garden, safe parking on own terrain, own terrace. Set in a quiet cull de sac in a well-established area in Somerset West Separate laundry area with... 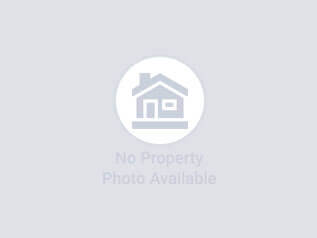 ...Theres no place like homeLocated in the heart of Somerset West, this signature estates offers luxury at its best. This one bedroom, one bathroom apartment is...

...The best place to beThis stunning one bedroom, one bathroom apartment is situated in one of the best lifestyle estates in Somerset West. As you enter you will be greeted...

Receive updates for this search

Turn ON this filter to see Verified Properties only.

See what Somerset West has to offer

Dutch soldiers came here and established a cattle post in 1672. There is Lourens River around which the town developed. This is a river that passes through Stellenbosch and the farm of Vergelegen. A subsidiary of a big mining company called Anglo American now owns the farm. The company has brought the farm back to its original historic form. A few wine types are still produced from here. The farm is important for this area because it is open for tourists. It was here on this farm that Somerset West was established in 1822.

Somerset West offers various attractions for the tourists. Somerset West wears a festive look during Christmas holidays in December. The Helderberg Lights Festival which is also known as Strawberry Festival, a flea market and parade, add to the glitter of the Christmas lights. There is a community radio that broadcasts community notices and pop music. It's called Radio Helderberg.

First opened in 1964, the Helderberg Nature Reserve is spread across 363 hectare natural wildlife preserve. It houses a diversity of fauna such as buck, tortoises and other reptiles and unique indigenous flora like protea and fynbos. The Vergelegen Wine Estate is located just on the outskirts of the town. You can get to Stellenbosch, the historic town via the R44 motorway. The area between Somerset West and Stellenbosh is important because of the vineyards and wineries where visitors can try out and buy wine of their choice.

As Somerset West is closer to Cape Town and contains beaches for tourists, a lot of places for overnight stay have come up in recent years.

If you have never been to Somerset West, you can keep in mind the important landmarks like Cheetah Outreach, Helderberg Nature Reserve and Strand Beach etc. If you are fond of art and culture, you can explore the Art Creations Africa Sculpture Garden and Gallery on the Helderberg Estate in Somerset West.

If you want to go out and shop, Somerset Mall, The Sanctuary Shopping Centre, Waterstone Village Centre are places to explore.
Steffanies Place, The Hussar Grill Somerset West, Real Food Co are great place to try out the food at Sommerset West.

If you want to shift there and stay longer, your kids may need good schools to study. Somerset West Private School, Beaumont Primary School, Somerset College, Curro Sitari Independent School are a few of the well known educational institutions. Closest universities around Someset West are University of the Western Cape and Stellenbosch University.

Options for travelling to Somerset West could be a concern for you. You can try out Africa Transport Solutions, Viljoens Transport, Melvin's Transport Sand and Stone. Read More Read Less