( for rent)
Alert
Map
Save Search
3 hours ago

Set price for your search
to
2 days ago

For sale of flat-apartment in Camps Bay, Cape Town

⇒ ⇐
For sale of flat-apartment in Pinelands, Cape Town

For sale of flat-apartment in Pinelands, Cape Town

How many bedrooms do you need?
2 days ago

For sale of flat-apartment in Green Point, Cape Town

For sale of flat-apartment in Sea Point, Cape Town 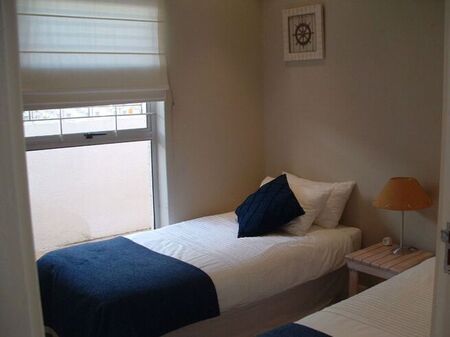 Cape Town City Centre, Cape Town, Western Cape
R 2 995 000
View More ...Luxurious Apartment In The Onyx HOTEL-STYLE LIVING IN THE CULTURAL HEART OF CAPE TOWN This ultra modern apartment is perfect for you. Make the move and contact me for a...
3 days ago

How many bathrooms do you need?
3 days ago

1 Bedroom Flat For Sale in Rondebosch

2 Bedroom Flat For Sale in Waterfront

2 Bedroom Flat For Sale in Waterfront

Mouille Point, Cape Town, Western Cape
R 13 500 000
View More ...promenade and the sports and sailing clubs based on the nearby Common have made Mouille Point quite a sought after address in the modern Cape Town. Mouille Point is only minutes...
3 days ago

2 Bedroom Apartment For Sale in Thornton

2 Bedroom Apartment For Sale in Thornton

Cape Town is a city in South Africa. It has a densely populated urban area. In its population, it is second only to Johannesburg. It is the capital of the Western Cape province.
Cape Town is well known for several reasons. It is the legislative capital of the country. It is a part of the City of Cape Town metropolitan municipality. It is known for its harbour and natural surroundings in the Cape Floristic Region. There is of course the Table Mountain and Cape Point. As a multicultural place and its several unique attractions, it was regarded as the best place in the world to visit by New York Times and Telegraph.
Dutch East Indian Company initially developed Cape Town as a supply station for Dutch ships going towards East Africa, India and Far East. In 1652, when Jan Van Riebeeck arrived, it was the beginning of the European settlement in South Africa. While it started as the Castle of Good Hope, it evolved quickly and became the economic and cultural hub of the Cape Colony. Before the gold was discovered and Johannesburg developed, Cape Town was the biggest city in South Africa.

In history, human habitation dates back to 15000 to 20000 years ago. Bartolomeu Dia, the Portuguese explorer who was the first European to reach the area, named as "Cape of Storms". Johan II called "Cape of Good Hope" because of the prospects of the sea route to India that opened up. Vasco da Gama recounted seeing Cape of Good Hope in 1497. Later in the 16th century, Portuguese, French, Danish, Dutch and English used the route. Jan Van Riebeeck was on mission to establish a way-station for ships when he arrives in 1652.

This settlement started growing because it was not possible to find cheap labour. Slaves from Indonesia and Madagascar were imported to address the situation. They became the first generation of Cape Coloured communities. Under Van Riebeeck, a lot of agricultural change happened which affected the economy later. Grapes, cereals, ground nuts, potatoes, apples and citrus went on to shape the region later. While 17th, 18th and 19th centuries had its share of developments, political swings of fortunes but it went on to become the capital of Republic of South Africa.

In 1990, Cape Town became a part of history when Nelson Mandela made his first public speech after his imprisonment from the balcony of Cape Town City Hall. After his speech, a new era began for South Africa which saw the first democratic elections in 1994. Noble Square in the Victoria & Alfred Waterfront has statues of South Africa's four Nobel Peace Prize winners: Albert Luthuli, Desmond Tutu, F. W. de Klerk and Nelson Mandela.

As far as its current economy is concerned, Cape Town is the centre of the Western Cape Province. It is the regional manufacturing centre in the Western Cape. While agriculture and manufacturing are important dimensions, finance, services, transport and logistics have developed over a period of time. Cape Town has an edge in different economic activities such as fishing, clothing and textiles, electronics, hospitality etc.

With the boost in the economy, real estate and construction market have also seen considerable growth. Cape Twon Central Business District hums with business activities. Central City, Bellville/TygerValley strip and Claremont are well known and have offices of many corporate companies. Cape Town has outlets of a number of reputed companies such as Woolworths, Pick n Pay Stores and Shoprite, New Clicks Holdings Limited, Foschini Group, ism MWEP, Mediclinic International, Naspers and Sanlam etc. It is also an important tourist region and contributed nearly 10% to the GDP of the province. It also employs around 10% of the workforce.

As a tourist destination, Cape Town is renowned not just in South Africa but also in the world. The popular Table Mountain is a part of the Table Mountain National Park. It is also the back end of the City Bowl. Situated at the end of the Cape Peninsula, Cape Point is also well known. Some tourists also explore Chapman's Peak Drive which is a road that connects Noordhoek with Hout Bay. It is great for the view it provides of the Atlantic Ocean and mountains closer by. Cape Town's beaches are also quite popular. Kirstenbosch National Botanical Garden has a natural forest and a variety of animals and birds. Many rare and threatened species are preserved at Kirstenbosch. There are more than 7000 species. This region including Kirstenbosch was declared a UNESCO World Heritage Site in 2004.

Cape Town has a number of education institutions starting from primary to tertiary. It is connected by sea, road and air to the rest of the country. It has an integrated rapid transit too.