More »
For Rent
Price
to
Beds
Baths
Flat
Save Search

(for sale)
Alert
Map
Save Search 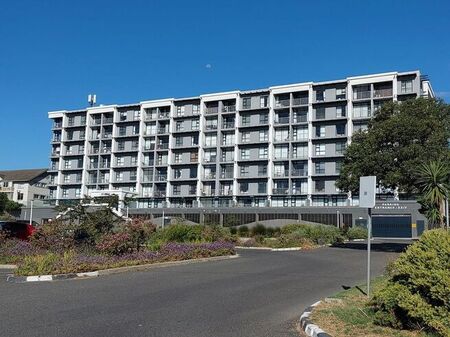 Set price for your search
to
3 days ago

How many bedrooms do you need?
3 days ago

Milnerton Ridge, Milnerton, Western Cape
Pet Friendly
R 12 000
View More ...Property Address: Century City, Milnerton How fortunate can a person be if this is what you see when you sit on your balcony with your early morning cup of coffee or...
3 days ago

Milnerton Ridge, Milnerton, Western Cape
R 14 000
Affordable price
View More ...Property Address: Century City, Milnerton Then this beautiful penthouse with its breath taking walkways that Itaka Island has to offer, will just be the right one for...
3 days ago

How many bathrooms do you need?
3 days ago

Milnerton Ridge, Milnerton, Western Cape
R 9 000
View More Living in Burgundy Estate is all about convenience, relaxation, peace of mind, and a healthy outdoor lifestyle. In this well-planned, stress-free atmosphere with pocket parks
3 days ago

Milnerton Ridge, Milnerton, Western Cape
R 8 000
Fair price
View More Available from 1 May 2021 - Situated in a secure complex in Burgundy Estate, this apartment will meet all your requirements of comfort, security and
12345 Next Last

Located on the Atlantic Ocean coast 11 km to the north of city's centre, Milnerton is a suburb of Cape Town in South Africa. This area consists of Cambridge Estate, Century City, Du Noon, Joe Slovo Park, Lagoon Beach, Milnerton Ridge, Royal Ascot, Sanddrift, Tygerhof and Woodbridge Island. Lagoon distinguishes Milnerton from the rest. It is formed where the Diep River meets the sea with palm trees decorating the lagoon shores.

Woodbridge Island
Woodbridge Island is much less an island but the area south of Milnerton Golf Club that separates the lagoon from the sea. Actually, there are two bridges which connect Woodbridge Island to Milnerton. The wooden bridge is considered a national heritage site and is not open to the public because it is not in a great condition. The City of Cape Town has declared its plans to restore it. In its place, there is a newer bridge that facilitates cars' entry into Milnerton. On the island, the Milnerton Lighthouse also serves as an important landmark. People flock to the beach for recreation over weekends and public holidays.

Milnerton Beach
Since it provides a fascinating view of Table Mountain, Milnerton beach is a great tourist destination. It is also well known for being a surfing spot. The Benguela current that flows on the Africa's western shore makes the water comparatively colder. Milnerton Surf Lifesaving Club that helps prevent people from getting drowned on the beach and area that surrounds it manages the beach.

Apart from the other attractions, Milnerton also provides ample opportunities for jet skiing, body boarding, rafting down the lagoon, fishing, prawn fishing and canoe paddling. Zonnekus, the golf course and the Lighthouse are also popular attractions. Zonnekus was a Dutch house first built on Woodbridge Island in 1929. Sir David Graaf built it first. His family used it as a seaside home until his death in 1931. The Milnerton Lighthouse is 21 m high cylindrical tower. It is painted white. It has a revolving electric optic which claims the production of more than 800 000 candela. It was built in March 1960 and hence it is treated like a historical monument. Ship wrecking is also carried out along this coastline. Till date, around 150 ships have been wrecked so far at Milnerton which is more than any other place in South Africa.

Average Rent for Apartment in Milnerton