(for rent)
Alert
Map
Save Search
6 days ago

Set price for your search
to
2 weeks ago

Hout Bay Heights, Hout Bay, Western Cape
R 3 999 000
Fair price
View More ...back of the Twelve Apostle mountains. 2 secure parking bays are provided in the basement. The apartment has fibre ducting in place and comes with an alarm system. No...
2 weeks ago

How many bedrooms do you need?
2 weeks ago

Hout Bay Heights, Hout Bay, Western Cape
R 1 650 000
Fair price
View More ...Bay. It is part of a two unit sectional title scheme, has a completely private garden and large patio. Lounge/dining area lead to garden as well as one of the two...
2 weeks ago

Hout Bay Heights, Hout Bay, Western Cape
R 1 195 000
Affordable price
View More ...SOLE AND EXCLUSIVE TO PROPERTYFOX This lovely ground-floor unit is located in a safe and quiet complex not far from the heart of Hout Bay and the beach. Enter into a...
2 weeks ago

Hout Bay Heights, Hout Bay, Western Cape
R 1 550 000
Fair price
View More ...Property Address: 19A Nooitgedacht Drive VALLEY AREA, HOUT BAY This is a once in a Lifetime opportunity to own a free standing town house in a sectional title complex...
2 weeks ago

How many bathrooms do you need?
2 weeks ago

Hout Bay Heights, Hout Bay, Western Cape
R 2 600 000
Fair price
View More ...be enjoyed on those warm summer days. The unit is being sold with all furniture included and has a designated parking bay and garage. Walking distance from all Amenities...
2 weeks ago

Hout Bay Central, Hout Bay, Western Cape
R 6 900 000
View More ...waves, let me invite you to the best time of your life. Located on the popular Hout Bay beachfront in a small secure complex you will find One Beach Road Mews, a spacious and...
1+ month ago 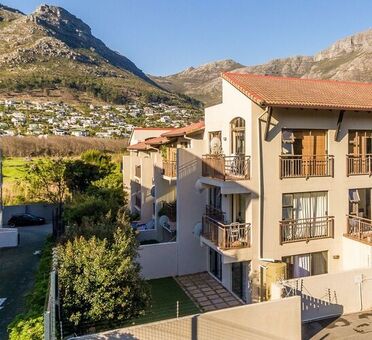 Beach Estate, Hout Bay, Western Cape
R 1 850 000
Fair price
View More ...sought after gated complex and this apartment is perfect for a savvy investor. It's all about location and lifestyle. Located with easy access to Hout Bay shops, beach and...
1+ month ago

Hout Bay Central, Hout Bay, Western Cape
R 1 250 000
View More ...Retire Easy Retire in style in the Spinney in the heart of the valley of Hout Bay. This spacious 1 bedroom, 1 bathroom unit overlooks the manicured gardens and enjoys...
1234 Next Last

Hout Bay is a town situated near Cape Town, South Africa. It means "Wood Bay" in Afrikaans language. It is located in a valley on the Atlantic seaboard. It is 20 km south of the Cape Town Central Business District. Depending on how you look at it, the name "Hout Bay" can denote the town, the bay or even the valley itself.

In history, Hout Bay has its own little unique place. When the Dutch worked out a colony in Table Bay in 1652, they need to construct things. For this, they needed good timber. In the area surrounding the colony, there was no such timber available. They realized that they can get the timber from the low pass called Constantia Nek between the southern side of Table Mountain and Constantiaberg. Initially, the area consisted of two farms. However, due to urban expansion, it was divided into two. Hout Bay has developed since then but continues to retain its rural fabric. There are more than 12000 houses and 42000 residents here.

Hout Bay consists of a number of neighbourhoods. The Hout Bay Neighbourhood Watch enlists 28 different areas. It includes suburbs such as Scott Estate, Hanging Meadows, Baviaanskloof, Hillcrest, Bergendal, Penzance, Imizamo Yethu, Meadows, etc. Llandudno is a separate village comprising about 200 houses. It is situated over the "Suikerbossie" pass from Hout Bay. The Hangberg settlement is located on the slopes of the mountain between Hout Bay Harbour and The Sentinel Peak. Its residents engage mostly in fishing and harbour related work for livelihood. Imizamo Yethu that is the main informal settlement is located in a community.

Dungeons is one of the sixteen recognized big wave spots around the globe. It used to be the site for the annual Red Bull Big Wave Africa competition. Swells of up to 47 feet have been recorded leading to several casualties. Surfers relish surfing in this area though. Hout Bay is also home to rich marine life and provides the best of yellowfin tuna, longfin tuna and yellowtail fishing. A lot of pelagic seabirds along with many different species are spotted during different times of the year.

On account of its reputation for surfing and fishing, Hout Bay attracts a lot of tourists. The village also houses many restaurants. The Hout Bay Manor and the Chapman's Peak Hotel are two hotels in the area. The harbour is a tourist's delight with restaurants, fresh fish outlets, and the spectacular view of the bay. Moreover, there are boat rides to Duiker Island and around The Sentinel. There are forts built by the Dutch during the 18th century. Cannons and barracks are still there. There are hiking trails on the surrounding mountains in the Hout Bay area. Along the harbour, there is the Hout Bay Yatch Club that offers fishing, fun and frolic to the boats.

During Christmas holidays, Hout Bay is full of tourists as it offers a number of tourist attractions. The Hout Bay Harbour Market gets overcrowded during this time. The World of Birds is a bird sanctuary and zoo that attracts young children and families which prefer outings. Hout Bay Museum is also there if you are interested in exploring history.